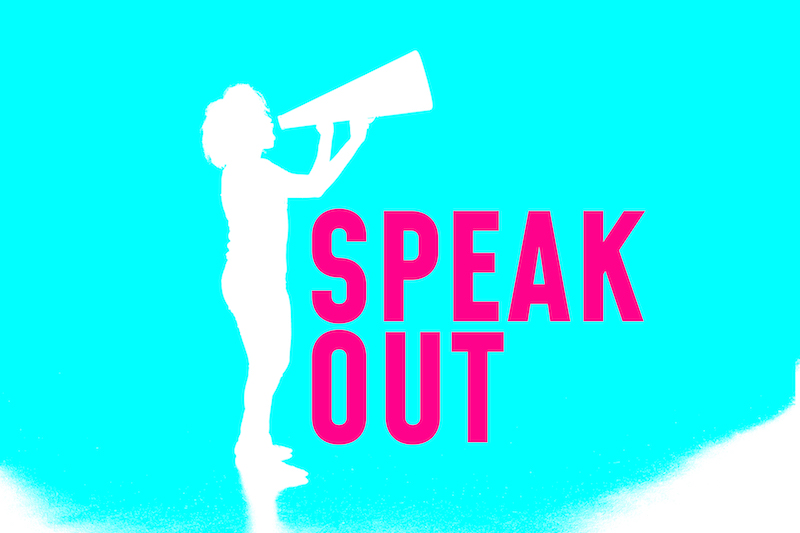 Have you ever found yourself in a professional situation where you felt unable to express yourself in the way you wanted to because of some external force that you couldn’t quite define? Did you feel like what you had to say wouldn’t be enough?
Wouldn’t be taken seriously? Wouldn’t have the impact you wanted it to?
Have you ever been stuck in silence when you really needed to “perform”?

I’ve identified three reasons for this.

I hope that made all women who speak English as their second language smile - it was intended as a joke. But they do say there’s always an element of truth in jokes, right?

I’ve always been fascinated by communication - more specifically - how we express ourselves and why it is that certain situations enable us to do so eloquently, even beautifully, while others seem to actively prevent us from doing so at all.

Environment has a huge influence on how a person will feel able to express themselves. Do you feel welcome, supported, valued by this environment? If you do - great - self-expression will be relatively easy! If you don’t the opposite will be true and could cause you to become tongue tied - or even silent. This, I can assure you, is very rarely your fault!! It’s bigger than you.

Mary Beard, in her excellent manifesto “Women and Power”, writes about a monumental moment in the Greek Myth Odysseus. In the first book of the poem, Penelope, Odysseus’s wife, offers her opinion in the great hall of the palace and is told by their son, Telemachus, in front of everyone, to “go back up into (her) quarters - speech will be the business of men - for mine is the power in this household.” It’s the first example in literature of a woman being silenced in the public sphere. Since The Greeks we’ve been subject to countless examples of women being actively silenced, or simply not being heard - there’s even a classic joke about it ...

If the behaviour and norms of the public environments have a long history of discounting women’s voices it’s not a surprise if at times women may feel a little reluctant, or even unable, to put their opinion forward. It explains a lot about why they might feel blocked by some invisible force when it comes to contributing or why they think what they have to say might not be welcome. It’s also not a surprise that men are (in a lot of cases unconsciously) continuing the tradition - if they have been taught that this is how the public sphere works, of course, they are going to emulate these antiquated norms in order to fit in.

While people learning English aren’t dealing with a history of being silenced in such a brutal way they are not immune to feeling somehow inadequate, or inferior. English has come to be a universal language and is demanded of professionals. It’s spoken in meeting rooms across the world and it can feel like being proficient in your chosen field isn’t enough at times!! People can feel incredibly - and I, of course, argue highly unfairly - judged by their English. It’s not a surprise then if a person feels somewhat intimidated when they have to speak English in a high-stakes situation - in any situation!

We all know how extremely frustrating it is not being able to express yourself freely and fully. Worse, there’s something really sad about being made to feel like your voice doesn’t have value. That your opinion, however it’s expressed, can’t add something positive to what already exists. Being in an environment that isn’t able or willing to accommodate you, what you have to say, or the way you have to say it is incredibly discouraging and certainly not going to facilitate growth and development. Women and English learners have been finding themselves in these types of environments for too long...and imagine the challenges of being a woman AND an english learner!!!! Haha! Too much!

I am optimistic enough to say that the tide is turning. I am proud to be living in a time where the benefits of diversity are now strong enough not to be denied. Gender equality is being actively worked towards and women’s contributions have an integral place in this development. Our professional environments are evolving, more space is being made for voices that haven’t traditionally been heard in the public sphere. I also believe that the pressure to speak perfect English is lessening and English is increasingly being seen as a tool for communication - not something you can judge someone by. But there is still a lot to do. We need to push harder. If we want more gender equality, more diversity, more welcoming professional environments that allow for a range of voices - we are going to have to get comfortable with speaking out - especially if what we have to say presents a challenge to the way things have been up til now.

I think one of the biggest reasons that stops us from speaking out is fear. I think fear of not being enough is something everyone has felt at some time or another. I think fear of upsetting the status quo, offending someone in a more powerful position, outshining a male boss silences women everyday. The fear of making a mistake, being judged, sounding stupid can be incapacitating.

The problem is that if we don't speak out nothing will ever change. And we want change, right? We want environments where our daughters don’t have to struggle or fight to be heard, where they have a rightful place at the table, where our sons have normalised hearing the voice of a woman in the public sphere and, more importantly, don’t feel it’s a part of what it means to be a man is to silence women.

I want to play my small part in this change.

I understand that overcoming fear takes time (look at me - it’s taken me 46 years to write about this stuff!! Haha!) Maybe you’re not quite there yet. That’s ok. Just don’t leave it too late!

Let me leave you with these words by Audre Lorde. I hope they help the silent women (and the English learners!) out there.

I started my own bizznizz 4 years ago and it made me a better feminist!

It was never my dream, my plan, nor my ambition. I was a cello playing English teacher with a profound love of literature. I certainly had zero business experience.
But, honestly, it was the best thing I ever did.

And … I’ve come to understand the importance of speaking out.

If you would like to be able to communicate powerfully in English please feel free to contact me.